Offering a wide variety of non-linear content consumption use cases is the cornerstone of a competitive TV service. This is, in essence, the ability to watch content at a time other than when it is broadcast. This includes the ability to restart an event that is part-way through live broadcast, pause or rewind live TV, watch content that was broadcast in the past, and record content to watch later on another device.

The features within the Replay TV theme enable users to watch content in all of these modes, as summarised in the following sections.

Start-over allows a user watching a live event to replay it from the beginning. When a user selects a currently playing event from the EPG, if the operator has flagged that event as being available for startover, the user is offered the opportunity to replay the event from the start. For example: 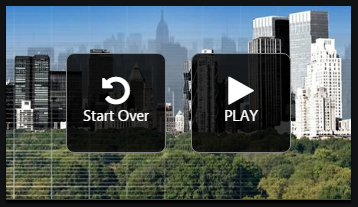 To enable this feature, the live stream is automatically recorded in the platform.

No additional license or authorisation is required for these events; the current live subscription access is applied.

Timeshifting allows users to 'scrub' or wind back (and forward) the action when watching a live event or channel. This is typically achieved using an on-screen 'scrubber bar' that provides time-based seeking within a stream.

To enable this feature live streams are recorded in a circular buffer, typically in two to three-hour chunks. This means that users can pause a program for up to, for example, two hours, and then resume watching, or they can rewind up to three hours and then start watching events broadcast up to three hours ago. This differs from startover, in that users can rewind beyond the start of the current event, as the content in the buffer is time-based, not event-based. (When using fast forward, this would be available after using rewind, not into future content that has not yet been broadcast.)

The seeking modes are accessed from the scrubber / slider that represents the live point on the far right, and the length of the buffer on the left, for example, -180 minutes. For example: 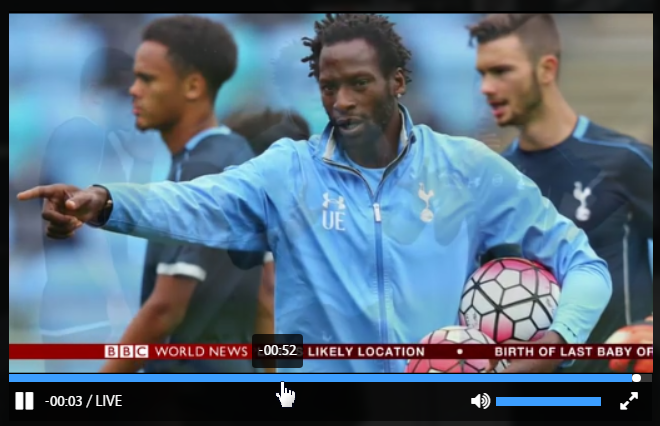 Catch-up is a form of video-on-demand that enables users to watch TV events after they have been broadcast. Users can select catch-up events from R-EPG or VOD catalogue.

Operators can enable catch-up for specific events or for all events on specific channels. There are two different forms of catch-up; short-term or long term, as described below.

Short-term catch-up is a form of catch-up where live streams are recorded in a circular buffer and serves requests coming from the client application to access the recorded events until they get overwritten in the buffer. The length of the buffer is configured by the operator, and can typically be about 14 days. Client applications access the catch-up events using a URL. Authorisation to those events is based on the live subscription for the account.

With long-term catch-up, selected portions of the short-term catch-up buffer are extracted into longer retention storage. Capture and retention of these programmes is automatically managed in accordance with the relevant content rights. This enables catch-up assets to be offered for a longer period at a lower cost, because only selected events are extracted into storage, unlike STCU where all of the stream (excluding blackouts) is recorded in the rolling buffer.

LTCU enables operators to schedule the capture of future events, not just past events.

The LTCU events that each user can access are subject to the rights determined by the user’s subscription.

Network PVR enables users to record live events remotely in the network and access them from other devices with or without local recording capabilities that are linked to the same account. nPVR recordings differ from catch-up recordings as they are triggered by the users, whereas catch-up events are recorded by operators. This feature also enables series recording. Users access nPVR events from the EPG. For example: 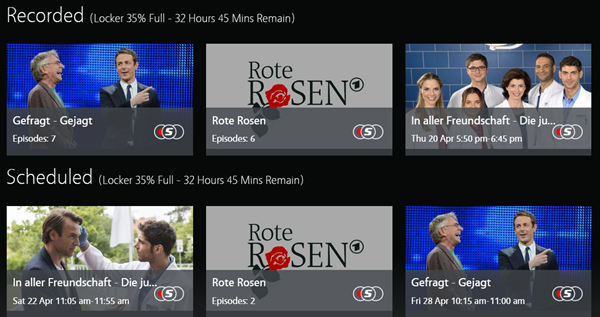 Operators control access to nPVR events by accounts, and define channels or events as nPVR. They also define usage or storage quotas for each account.